Don’t ever want to read the manual? Just click the symbols and listen!

The following is the latest available IPA phonetic alphabet as an image map with playable audio files. The audio samples are from late Peter Ladefoged’s supplementary materials for his book Vowels and Consonants (2nd ed., 2001) which UCLA is still keeping up: Vowels and Consonants. However, Ladefoged’s web implementation is rather old, and nowadays the AIFF sound files he provided usually don’t play on modern environments at all, they require installation of extra software, or the audio user interface is clumsy. This is an HTML 5 compatible implementation using converted WAV files.

Playable sections are the pulmonic and non-pulmonic consonants, and vowels (i. e., not “other symbols”, “suprasegmentals”, “diacritics”, or “tones and word accents”). 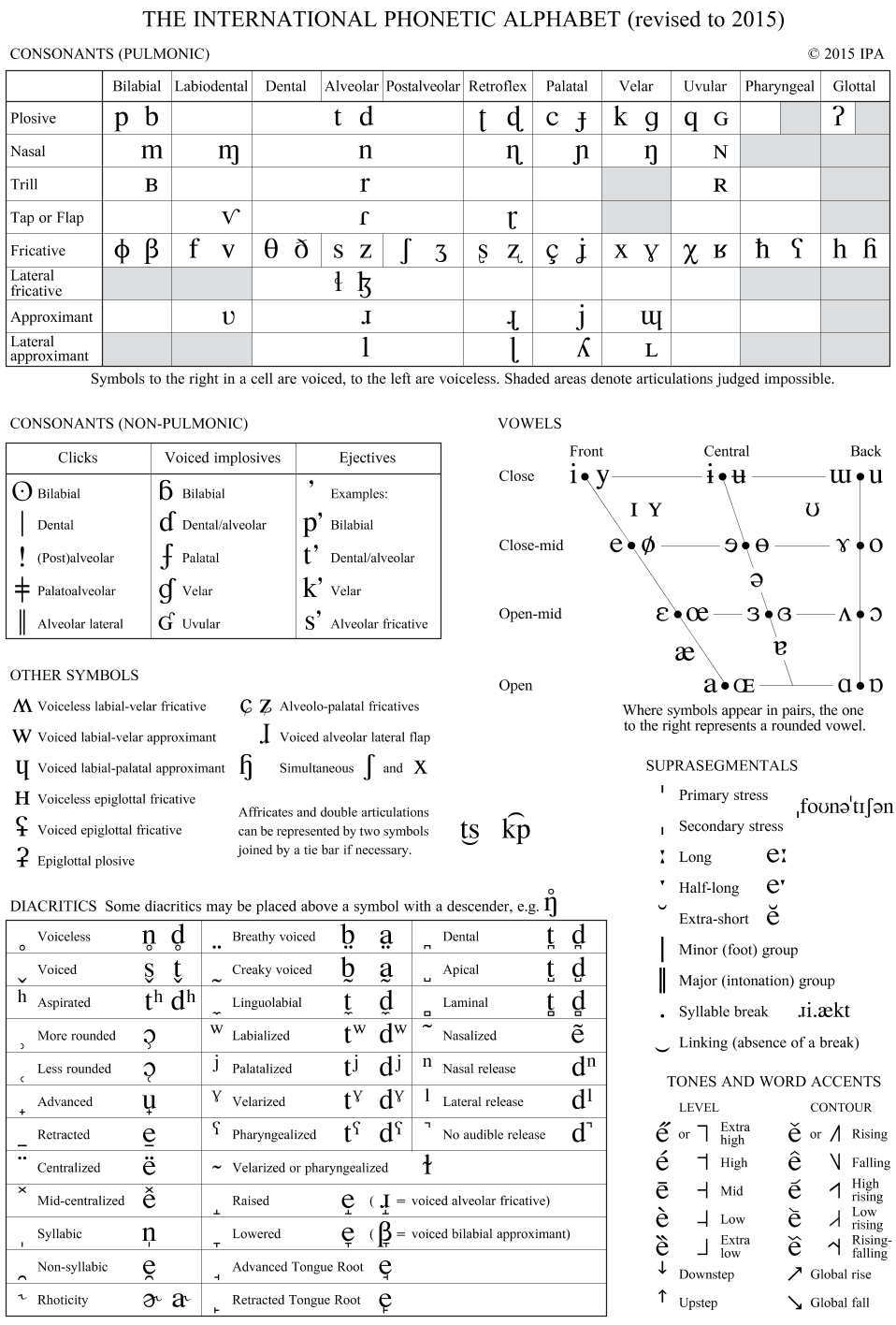